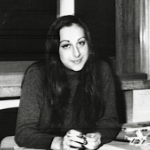 “La Sapienza University” of Rome. There she began to develop her passion for journalism. When she was twenty she began writing for the news agency Notizie Radicali and collaborating with ABC, Quotidiano donna, I Consigli, Quotidiano dei Consigli and L’Astrolabio. In 1980 De Palo began to collaborate with Paese Sera. She wrote of arms trafficking between Italy and the Middle East, interviewing the General Falco Accame and taking an interest in the activity of Colonel Stefano Giovannone, the Beirut head of SISMI, the Italian military intelligence agency. Among the journalist’s most significant articles was the one published in Paese Sera on March 21st 1980, entitled “False sales, spies and ghost companies: in this way we deliver weapons”.

The judicial investigations did not lead to the identification of the culprits and the bodies of Graziella De Palo and Italo Toni have never been found. Even today, family members have doubts about the reconstruction of the events according to which they left the hotel that day and never returned.

In the request filed with the Public Prosecutor’s Office, connections are apparent  between some acts declassified in August 2014 and the arrest in November 1979 of Abu Azeh Saleh, head of the PFLP (Popular Front for the Liberation of Palestine) arrested  in Bologna for being the underwriter of the transport of two surface-to-air missiles destined for the Palestinians.